Buying a property with a shearing shed or woolshed?

Woolsheds are often located close to the yards where sheep were sorted, drenched and . . . in the old days dipped . Dipping was compulsory by the Stock Act of 1884.

Arsenic is chemical used in dipping over the longest period (1840's - 1980). Arsenic is a metal and will not breakdown in the soil or groundwater. At some dip sites concentrations of over 27.000 mg/kg have been found, close to 1000 time the national NZ guideline level (30 mg/kg).

Other persistent chemicals used (and often found) at dip sites are DDT, Dieldrin, Aldrin and Lindane. These were officially used between 1947 and 1961, however records of later use exist. With a half-live of about 30 years they are now often found at about half of the original concentration. 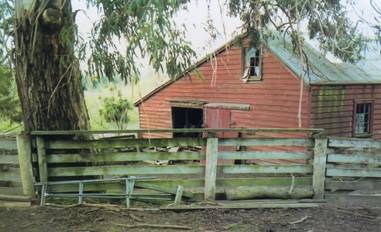 Hotspots are not only found at the dip site. Other areas include the area(s) where the chemicals have been mixed (mixing tanks), stored and disposed off.

Disposal was also a big issue for the sludge that accumulated at the base of the dip. It is a mixture of soil and sheep manure with very high concentration of dip chemicals. Often the sludge and the residual dip fluids were drained into a nearby stream or dam. Sometimes the bank or bottom sediments are still highly contaminated. When no water course was available sludge and used dip fluids were often drained to the surrounding area and left to soak in the soil or evaporate. There are other disposal methods: burial in shallow trenches, spreading along access tracks, disposal in the farm-tip.

What to look for?

When buying a property which has a wool shed or sheep / cattle yards, look for the presence of elongated race structures (narrow corridors), the dip was other at either end of these. A depression in the landscape can indicate a former dip. Also the presence of a concrete pad (drip-pad) is often indicative.

Note that new wool sheds (30 years or younger) where sometime build over the old dip, as this was often an unsightly and muddy area, best to cover with fill and concrete which then become a building platform. The vertical brick walls of the dip were at times used as part of the foundation.

How can you find out if contamination is present?

The quickest way is by an XRF survey. With an XRF (X-ray fluorescence) detector can analyse heavy metals like Arsenic, Copper or Lead in soil in about 30 seconds per sample. During a 1 day survey the area around the wool shed / yards can be investigated for the presence of Arsenic. When the sheep-dip has been operational from before 1950, Arsenic is the prime contaminant indicator and the presence or absence of a sheep-dip can be confirm on the day.

The modern dip chemicals like Dieldrin can only be analysed in the laboratory. Turnaround times are about 5 - 10 days. Costs can be reduced by compositing some samples into one, however the accuracy of the results is greatly reduced (both in terms of detection and in location).

The presence of the dip site(s) is often known to people living close to the property in the area for a long time, however their memory of the exact position of the hotspot may be out by 100 m or more especially when new buildings are placed or tree lines have disappeared, which would have been marker points for them. Careful interviewing can, however, reveal one or more dip-site locations.